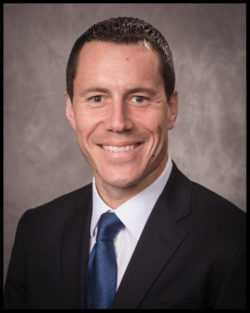 The case arose out of a motor vehicle accident that occurred on July 20, 2015, in Elmwood Park, New Jersey.  At that time the plaintiff was driving his vehicle when he was T-boned by an Elmwood Park Police Officer who ran a stop sign.  The impact was severe enough to flip the plaintiff’s vehicle over and he ended up upside down hanging from his seatbelt.  Plaintiff was brought to the emergency room and released.

Plaintiff’s treating physician also testified.  He was also a board certified orthopedic surgeon.   He testified that as a result of the motor vehicle accident plaintiff suffered an L4-L5 disc herniation.  He also opined that plaintiff’s injuries were permanent.

Defendant’s first expert was a board certified orthopedic surgeon.  He testified that based upon his examination, review of records, and review of diagnostic studies, that plaintiff suffered only temporary strains and sprains that were objectively resolved.

Defendant’s next witness was a board-certified neurologist.  He testified that based upon his examination, review of records, and review of diagnostic studies, that plaintiff did not suffer any permanent neurological impairment as a result of the accident.

Both defense experts found an L4-L5 herniation upon review of plaintiff’s MRI study.  They argued, however, that this herniation was as a result of age-related disc degeneration instead of trauma.  They supported their argument by explaining how plaintiff’s disc herniation was right sided while his radicular complaints were on the left side.  They argued that this was inconsistent and that it further supported their theory of degeneration.

*DISCLAIMER:  Results may vary depending on your particular facts and legal circumstances.