Bail Reform and the Immigration Dilemma – The First Unknown Hurdle 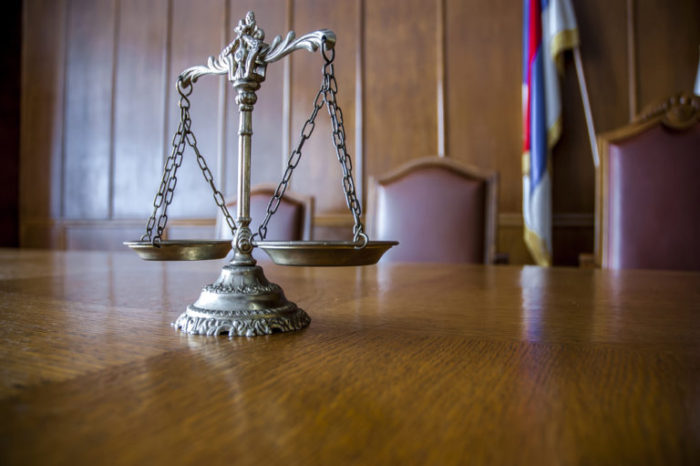 By Michael Noriega
SWEEPING CHANGES ARE OFTEN TOUTED AS A REMEDY to some deficiency or harm that has purposefully or systematically corrupted a process, and the recent revisions to New Jersey’s money bail system are no exception. Defendants have been spending inordinate amounts of time in custody awaiting trial or court appearances, solely because they could not afford to pay nominal bail amounts. The state undertook the behemoth effort of overhauling the bail system by choosing to focus on a defendant’s danger to the community rather than on his or her financial resources when determining bail. But like so many sea changes, it is likely to have unintended consequences. One unexpected pitfall is faced by non-citizen defendants, and it will require substantial attention once its adverse effects on the criminal justice system are fully recognized.

Criminal justice reform went into effect on Jan. 1, 2017. A monumental shift in the criminal justice system, it has its roots in an attempt to address a disparity between the economic means of low-risk defendants and their success in achieving pre-trial release. Signed into law on Aug. 11, 2014, the new legislation redefined the pretrial release process. With it, judges wield authority to order the release of an ‘eligible’ defendant subject to defined conditions after the individual is screened via a risk-assessment scheme.1 Such release will be ordered in lieu of monetary bail. In addition to the new rules, departments, and procedures following implementation of criminal justice reform, new complexities have now come to light. The author believes the intersection of immigration and criminal justice reform is creating a new host of problems that must now be addressed as the new system takes hold.

It is common knowledge that today criminal defendants who are not United States citizens can face dire immigration consequences as the result of their charges. As of March 2010, criminal defense attorneys are responsible for properly informing their non-citizen clients of the immigration ramifications of criminal charges.2 In the six years since the Supreme Court mandated that criminal defense attorneys take on the added work of understanding and advising on immigration law, the exact process of what happens to the criminal defendant after sentencing has still remained a somewhat mysterious process. Currently, the precise moment when an open criminal charge begins to impact the immigration status of a non-citizen is not easily identifiable. Clearly, once a disposition is reached and the charges are resolved, immigration issues will surface, but in reality, the analysis regarding these issues should begin much sooner, potentially at the time of arrest.

At present, the moments in which a police officer is authorized to issue a summons or warrant may change the entire outcome for someone’s path through the immigration system, as a warrant may lead to an Immigration and Customs Enforcement (ICE) detainer being issued, while a summons may not, since the defendant will never reach the jail in those circumstances.3 Once the ICE detainer exists, the person will have to face immigration authorities before his or her ability to post a bond can be determined.4

Therefore, under the previous bail system, a criminal defendant faces a difficult choice: bail out and confront the immigration authorities for a chance to receive a bond or face time in the county jail while his or her criminal case winds its way through the criminal justice system. In most instances, there is no real choice, as the only defense to their removal may hinge entirely on the proper resolution of their criminal charge. For some, who unwittingly or hastily posted their criminal bail without investigating the consequences, they would have to enter the gauntlet of removal proceedings from custody, while simultaneously attempting to accelerate and positively resolve a pending criminal matter if they were to have any chance of remaining in the country.
The outcome in these cases can be bleak. Under the Immigration and Nationality Act (INA), immigration judges wield greater authority to deny a bond than their state court counterparts. Under the provisions of mandatory detention, the immigration judge need only determine that an individual is a danger to the community to decide that no bail is appropriate. Such a determination can come from a variety of offenses in the state system, from petty theft to non-violent drug offenses.56

Once an individual is deemed subject to mandatory detention, he or she must face the removal process from within custody. This is problematic, because most remedies to removal require proof that any conviction record does not disqualify the individual from the relief sought. If a defendant in a criminal case was released during the preliminary stages of the criminal process, and the somewhat more expeditious removal process has begun while the person is mandatorily detained, there is little chance of a positive outcome on the criminal case that would favor the removal proceedings. Defendants will either accept removal for lack of any other available options, or will plead guilty prematurely in the hopes of favoring their removal case. Either way, critical decisions were being made for the wrong reasons.

Instead, the author believes criminal defendants were better served investigating the immigration impact of their criminal charges and their chances of success. Otherwise, defendants who may have otherwise qualified for relief and a life in the United States were unceremoniously removed, leaving behind a pending criminal charge lodged as an active bench warrant, with little hope of it ever being addressed.

Now the question becomes: What can a criminal defendant do when he or she is being unwillingly evicted from the county jail on a third-degree criminal charge and forced into removal proceedings? Non-U.S. citizen defendants will now have to wait a minimum of 24 hours for a decision to be made about their pre-trial release. In that time, ICE detainers will be issued, and if they are deemed eligible defendants and released, they will be taken into immigration custody, where an entirely new process will take hold. A new problem then arises because defendants facing removal proceedings with open criminal charges may find themselves ineligible for bond. Thereafter, they may be found ineligible for relief from removal without the disposition for their criminal charge.

For those with particularly serious offenses, in the first- or second-degree range, the reform will have secured their custody and assured they face prosecution for their offenses. Upon conviction, they will likely face a limited menu of options to overcome removal, and they will eventually be deported. However, the distinction between offenders that the criminal justice reform act considers low-level offenders and those the immigration court considers a danger to the community are drastically different. Therefore, the system now includes an inordinately large number of defendants who face merely third- and fourth-degree charges and are being released from county jails, detained by ICE, and removed before the prosecution of their case is underway. This unexpected consequence will find defendants and their attorneys in the position of advocating for mandatory detention in criminal courts, where it would not otherwise be required, if only to avoid initiating removal proceedings.

Jan. 1, 2017, marked a red-letter day in furtherance of an effort to correct the longstanding bias against economically disadvantaged defendants. A new and unexpected consequence of this reform is the sudden transfer of criminal aliens to ICE custody earlier than previously seen. The net effect has been the removal from the United States of low-level, nonviolent offenders, a new backlog of open criminal matters, and victims unable to achieve closure. Attorneys need to be vigilant in these matters, as their unsuspecting clients, thrilled at the prospect of being released after 48 hours or less in detention, are now demanding answers from counsel regarding why their detention persists, but now under ICE custody.

Stemming from the decision in Padilla, and its New Jersey progeny, counsel will be responsible for making clients aware of the consequences, or at least advising clients to secure the appropriate advice.7 The author sees distressed families becoming wary of the additional custodial maze, frustrated by the lack of answers as their family members are suddenly missing for hours or days, as they are transferred to one of the numerous ICE detention facilities throughout the state. State criminal courts should now be fully familiar with the process of securing a criminal defendant who happens to be in ICE custody. Perhaps, the author suggests, defense counsel, prosecutors and the courts should take up the task of identifying these matters to deal with them outside of the path the criminal justice reform has carved out for them. Fair, just, and final conclusions benefit everyone involved in the process, and the author believes awareness of the problem and direct action on it will go a long way toward achieving that goal.

Michael Noriega is a partner with Bramnick, Rodriguez, Grabas, Arnold & Mangan, LLC, where he serves as the chair of the immigration section and co-chair of the criminal section.