When Assault With a Deadly Weapon Becomes Aggravated 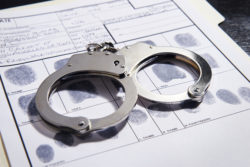 Sometimes a simple argument can escalate much quicker than you anticipated. If heated enough, it may turn into a physical altercation. These “bar fight” types of altercations may start with words, but sometimes end in a fist fight.

Obviously, things like a knife or a gun are considered a deadly weapon since they can cause death or severe bodily harm. But other objects like a rock or steel-toed boot could also be used to inflict serious bodily harm or even death, making them able to be categorized as a deadly weapon as well.

Serious Injury Could Be Grounds for Aggravated Assault

When it comes down to it, whether your assault is categorized as simple or aggravated greatly depends on your victim’s injuries. If they are severe, there is a good chance you could end up facing charges for of felony-level aggravated assault with a deadly weapon.

In the event you did not mean to cause serious injury but ended up doing so anyway, you could still be facing the harsher penalties for aggravated assault. Depending on the circumstances, your assault charge could end up being a fourth, third or second degree crime. Again, it will rely greatly on the severity of the victim’s injuries.

Second degree aggravated assault can be a particularly serious offense, as it carries an 85% restricted sentence, which means that the individual must serve 85% of the sentence before being eligible to be released on parole.

These penalties will only become harsher when the use of a deadly weapon is factored in. If the prosecutor is able to prove intent to cause injury, or threat of injury, or possession of a weapon, a case can become very serious, very quickly.

Criminal Defense Attorneys Can Build You A Strong Case

It may seem you are out of options when facing a conviction for a crime as serious as aggravated assault with a deadly weapon, but all it means is that you need the assistance of an experienced criminal defense attorney. In New Jersey, the attorneys at Bramnick, Rodriguez, Grabas, Arnold & Mangan, LLC, have the experience necessary to build you a strong defense in your case.

They understand your rights in New Jersey and will put you in the best possible position to fight your charges. A conviction of this nature can weigh heavily on your reputation and is not something you want to deal with the rest of your life.

If looking for legal help, you should fill out this online contact form to begin discussing your defense with an experienced lawyer.